Do Rocks Listen? is a solo exhibition by the Karrabing Film Collective, a grassroots Indigenous media group, based in Australia’s Northern Territory, who create films and art installations as a way to analyze contemporary settler colonialism, and through these depictions, challenge its grip.  Their films employ a highly inventive cinematic language that provokes disorientation and (mis)understandings of the multileveled worlds in which Indigenous Australian families dwell.

Do Rocks Listen? presents the first comprehensive survey of the Karrabing Film Collective’s films in Asia, by converting the ICA’s gallery into a microcinema and via virtual screenings online.  The exhibition is organized into four screening series.  The second “Real But Got Story” series brings two films together as speculative storytellings that exemplify the Collective’s self-described method of “improvisational realism.”

In English and Australian Aboriginal English with Chinese subtitles.

Please register for the exhibition to receive a private link.

If you encounter any difficulties using the registration form, please refresh your browser or try a different browser, or email shanghai.ica@nyu.edu with your name, phone number, and intended date and time of your visit.

On September 19, 1943, a group of Karrabing ancestors escaped from a war internment camp and walked over 300 kilometers back to their coastal homelands in Northern Australia.  Combining reenactments with modified archival footage, what begins as a restaging of the past slowly turns into a speculative, alternative history that oscillates between drama and humor, fact and fiction.

The Jealous One unfolds along two plot lines that meet in a dramatic final encounter: the first, a story of an Indigenous man weaving through bureaucratic red tape to get to a mortuary ceremony on his ancestral land; and the second, a fight between a husband consumed by jealousy and his wife’s brother, who excludes him from community ceremonies.

In conjunction with Do Rocks Listen? an exhibition by Karrabing Film Collective

Do Rocks Listen? an exhibition by Karrabing Film Collective and related events are presented as the first season of Another Knowledge Is Possible (2021-23), a biennial artistic research program organized by the ICA at NYU Shanghai. From Fall 2021 through Spring 2023, the ICA will explore other knowledges that have been neglected or repressed and ask if it is possible for a deep decolonization of thought to reclaim these ways of knowing? 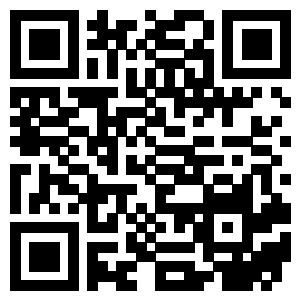 an exhibition by Karrabing Film Collective

How We Make Karrabing series

ponds among ponds: an exhibition of threshold behavior & nested life

The Birth of “Socialist Landscape”

The Transformation of Traditional Chinese Painting in the 1950s and 1960s